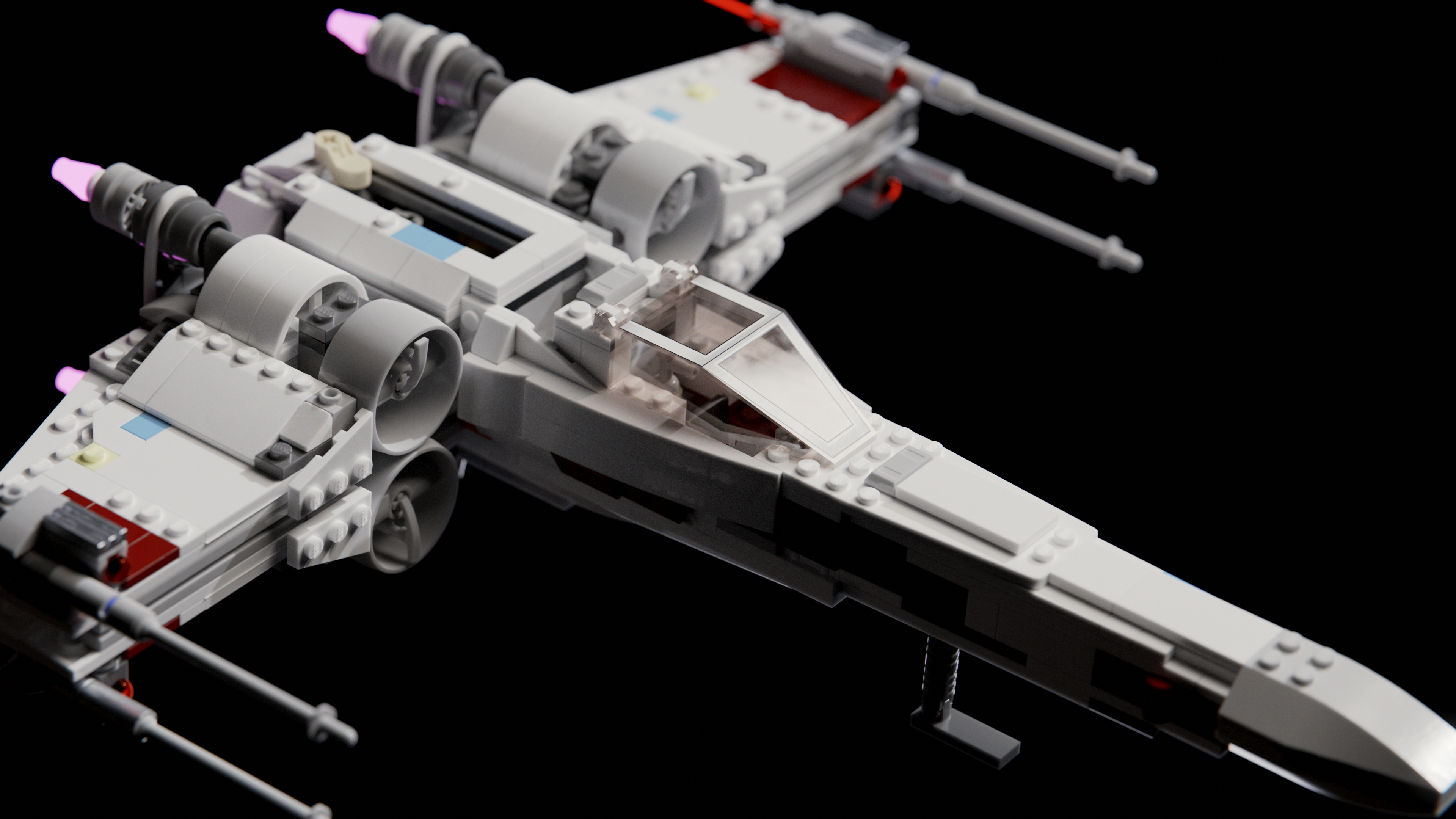 Made in Blender 3.2 using parts from the LDraw parts library, and assembled in LeoCAD. Lego set #75218 with some modifications, as not all the parts in the set were in the parts library. I exported it, and did some geometry cleanup so I could bevel the edges of the pieces. I also had to manually add the Lego logo to most of the pieces. I made the Lego shader myself, and the textures are from AmbientCG.com. The lighting is composed of 3 area lights and a sun lamp. Above is the non-denoised version rendered at 4k with 8192 samples. See below for the denoised, uncomposited and clay renders. I forgot to put characters in there, so there aren't any in there.

I want to change how textures are mapped, so that they don't obviously tile. Because identical parts share objects data, they also share UV data, and this is quite clear when the same pieces are placed right next to each other, as you can see in the image below. Some of the issues with this scene

Tweaking the material is of course something that I could also do, as it is not always realistic in different lighting scenarios. In the image above you can see there is far too much subsurface scattering on the edges of the pieces on the right, as well as the bump maps being to strong.

Additionally, as pointed out by mikedub, the graphic on the cockpit window looks kind of weird due to the lighting of the scene.

You can also find this image on: